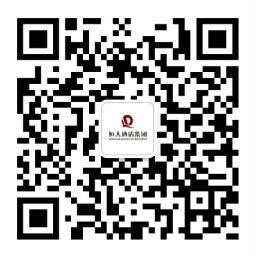 Diamond Club and enjoy more privileges.
Made up your stay value from here
Online Application

Require to Help ？ Our professional Reservation Team will serve you at any time.。 It was reported that chef teams from all hotels of Evergrande Hotels & Resorts in Qingyuan, Chongqing, Zengcheng, Jixian, Jintang, Pengshan, Wuhan, Evergrande Cantonese Cuisine Restaurant and Da San Yuan Restaurant, had taken part in the competition and finally, Wendeng Li, the executive chef of Zengcheng Evergrande Hotel took the crown of “Master Chef”. Later in the interview, Li said, “Firstly, I would like to express great appreciate to Evergrande Hotels & Resorts for giving us such a good platform on which we can learn from and communicate with each other about culinary skills. Then I want to thank Chengdu Jintang Evergrande Hotel for great help and support during the 3 days, especially for the elaborate and creative folk cultural themed tea breaks, which were so amazing! I hope that this competition will be a good start and its spirit will continually drive all chefs to make breakthrough in F&B industry, and reach the peak of our life.”

It was said that this competition was also regarded as an opportunity to share the industry experience. Evergrande Hotel Group specially invited international senior experts to share the opinions about new style of Cantonese cuisine, application of food material as well as molecular gastronomy, bringing the food creativity of local chefs in line with the international level and improving the additional value of the cuisine at the same time. Definitely, the successful competition contributed to improve the chef teams in respects of management, virtue and skill, to make every customer live in the Evergrande-style green healthy life, to guide the hotel F&B industry to a fresh trend, and most importantly, to develop more backup talents for the future!